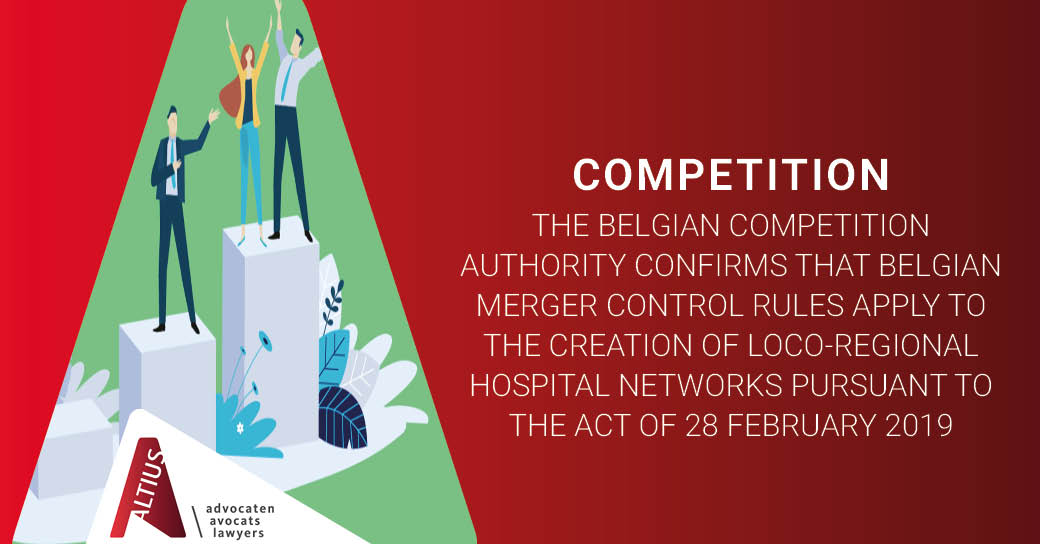 Following the recent legislative amendment obliging hospitals to establish and be part of a loco-regional hospital network,[1] the Belgian Competition Authority (‘BCA’) published on 22 July 2020 a note setting out the principles that will guide it when assessing the establishment of hospital networks and their possible qualification as a concentration under competition law.

The BCA is competent to examine concentrations of a certain size in all sectors, which includes forms of collaboration between hospitals. Indeed, hospitals are undertakings within the meaning of competition law: they offer their services in return for remuneration, which is received either directly from patients or through their patients’ insurance. They are thus generally considered as engaging in an economic activity and therefore subject to competition laws.

The Act of 28 February 2019 states that health care facilities, including hospitals, must create and be part of a network of hospitals, whose tasks include: determining the strategy for the supply of loco-regional care assignments; and coordinating the supply of general and specialised care assignments between the loco-regional hospital network’s hospitals. In other words, hospitals are required to engage in a “network” that frames the collaboration between them. This network must have its own management, composed of both representatives of the individual hospitals as well as independent directors. The law provides that this management body can take decisions that bind the individual hospitals that are members of that local network.

In its note, the BCA has clearly indicated that competition rules on merger control apply in full to such loco-regional hospital network arrangements. This means that if the establishment of a hospital network fulfils the conditions of a notifiable concentration under the competition law rules enshrined in Book IV of the Belgian Code of Economic Law (‘CEL’), then it must be notified to and approved by the BCA before it is implemented.

Hospitals should be aware that the implementation of a concentration without the BCA’s prior approval could result in significant penalties. For example, the BCA may impose a fine of up to 10% of the annual turnover of the hospitals concerned if they implement a notifiable transaction before its clearance by the BCA.

Not every hospital network creation qualifies as a concentration

However, it should be noted that not all establishments of hospital networks automatically qualify as a concentration under competition law. To qualify as a concentration (that must or must not be notified to the BCA depending on the hospitals’ turnovers under Article IV.7 CEL), the hospital network concerned must bring about a lasting change in the individual hospitals’ control. As noted above, a network’s management body can take decisions that bind the individual hospitals that are members of that local network. Consequently, the decision structure of the network thus created and its influence on the strategic decisions of the individual hospitals are important criteria for determining whether such a change of control has occurred.

The question of whether a local regional network’s management body’s members have been given the power to take strategic decisions for the individual hospitals, which are part of the network, and has resulted in a lasting change of control (under competition law) over these hospitals has to be answered on a case-by-case basis and depends on the characteristics of each network. Account should be taken not only of the way in which these hospitals were controlled before the creation of the network, but also of the composition and decision-making rules of the managing body of the network to which they now belong.

To avoid delays in the setting up and implementation of the network, it is therefore of the utmost importance for hospitals to seek advice from the very beginning of the discussions or negotiations establishing such a hospital network to determine whether it would qualify as a concentration and needs prior clearance from the BCA. Hospitals must become aware of the potential competition law implications of the various structures they could envisage to set up their network and the obligations that they and the newly-created networks might have to comply with to avoid the fines that the BCA could impose if a notifiable concentration is implemented without the BCA’s prior approval.

Through its latest note, the BCA has again stressed that competition law rules concerning merger control fully apply to the creation of local hospital networks as required under the Act of 28 February 2019.

While the obligations under the merger control rules attached to such forms of cooperation between hospitals seem to be still little known to hospitals, the latter should be aware that more attention is given by the BCA to the sector and that the possible penalties for non-compliance with these merger control rules are significant.

Therefore, hospitals should seek solid legal advice either to verify whether the establishment of the hospital network qualifies as a concentration and whether that concentration must be notified, or to discuss the ways in which the network’s internal decision structure may possibly be organised to avoid a so-called lasting change of control and therefore the qualification as a concentration.

[1] Act of 28 February 2019 amending the coordinated Act of 10 July 2008 on hospitals and other health care institutions, concerning clinical networks between hospitals, the Belgian Official Gazette 28.03.2019. 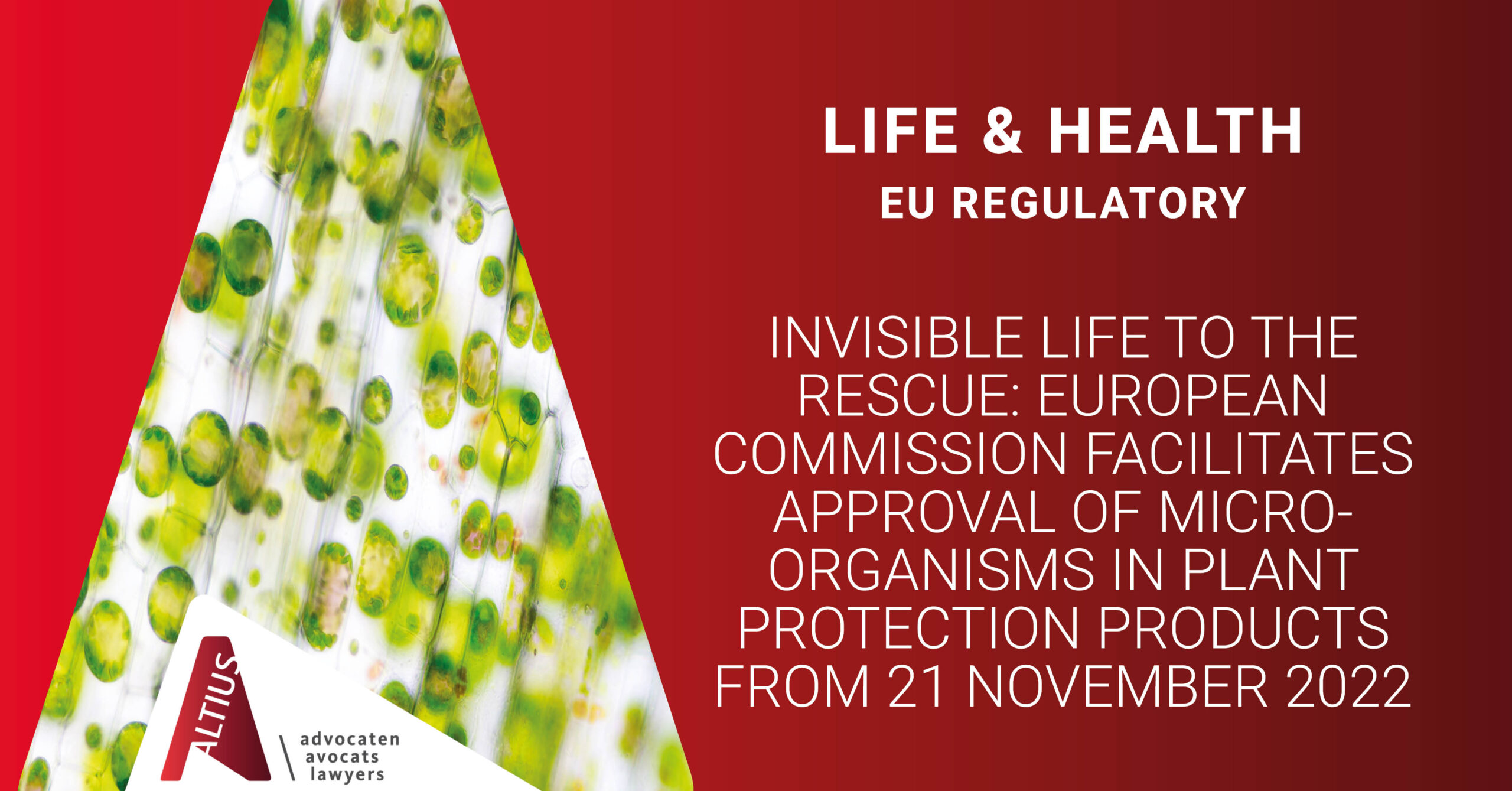 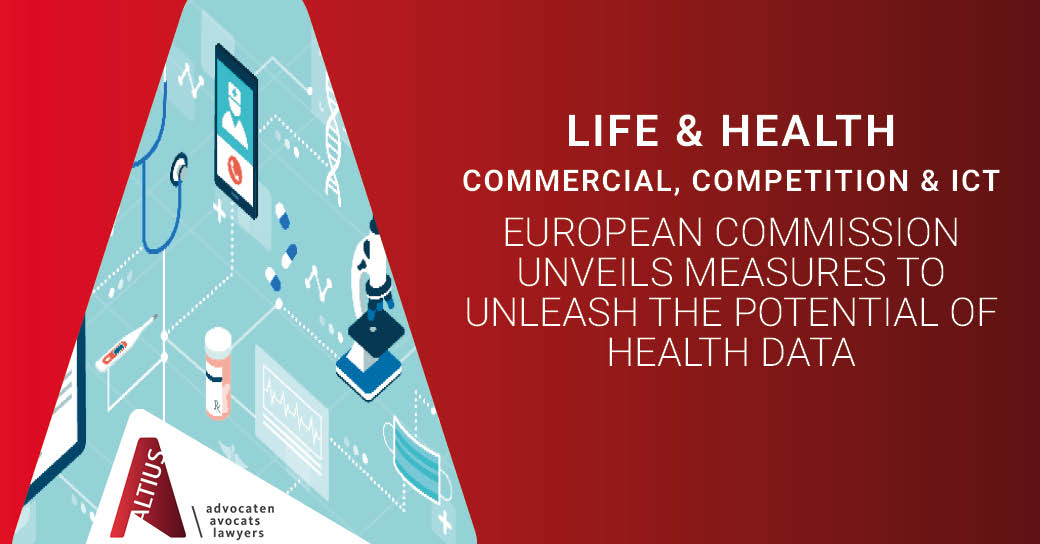