Reimbursement of medicinal products in times of pandemics and budgetary constraints: why quick fixes do not work

Home » News » Reimbursement of medicinal products in times of pandemics and budgetary constraints: why quick fixes do not work 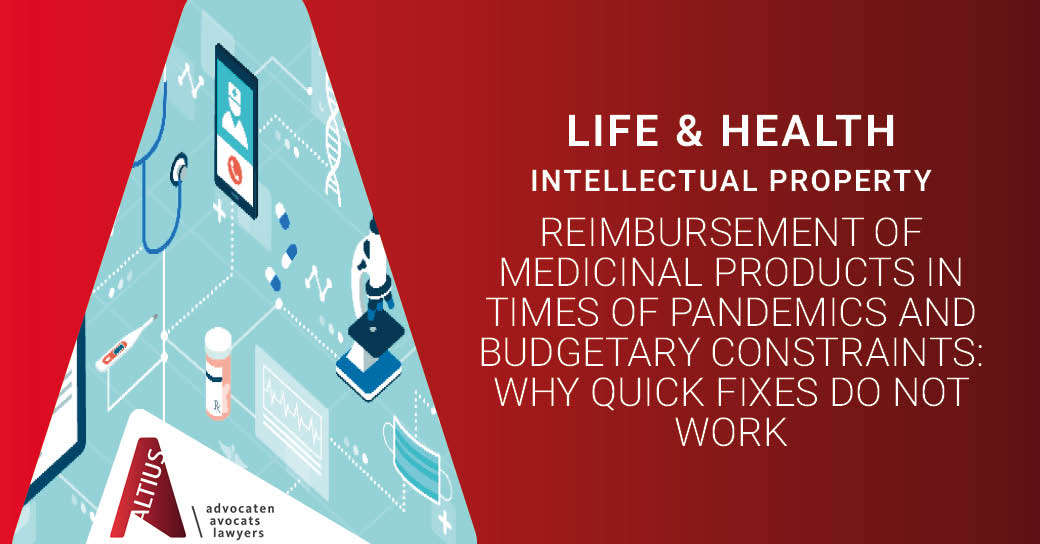 With national governments scrambling to take measures in order to counter the Covid-19 pandemic, we are again confronted with the fact that a EU common policy in the healthcare field is quasi inexistent. This is equally so in respect of the pricing and reimbursement of medicines. While the so-called Transparency Directive 89/105/EEC provides for a limited harmonization of pricing & reimbursement procedures, one however cannot deny a growing tendency of national governments to look beyond their national borders and even to collaborate in this field, as appears e.g. from the Beneluxa initiative. One of the more striking developments is the instauration of price reference systems in various countries, whereby the level of reimbursement and pricing is made dependent upon the prices applied in selected third countries. As will be illustrated by the present blog, the reverse side of such development is the necessity for national pricing authorities to take into account the fact that their policy might have unintended consequences due to the cross-border effect thereof. If not, national measures risk to “backfire” as seems to have happened with the most recent attempt of the Belgian authorities at further reducing the prices of medicines.

The reimbursement of medicines in Belgium is never a question of straightforward mathematics. Over the years, the legislator has introduced a variety of measures allowing for reductions of, and clawbacks on the amounts spent by the Social Security Institute (INAMI/RIZIV) on the provision of medicinal products to Belgian patients. Within this context, any attempt to realize budgetary economies entails further additions to an expanding list of provisions and arrangements incorporated in various increasingly complex legislative instruments. In a recent advice (66.872/2), the Council of State has even qualified a recent legislative proposal to this end as “illegible”. This draft Act was tabled by the government on 11 February 2020 and purported to introduce further economies in the reimbursement of medicinal products in the framework of the 2020 healthcare budget, already with effect from 1 April 2020. Quite unexpectedly, the legislative approval process has now (temporarily?) been stopped, allegedly in view of the ‘more urgent matters’ imposed on the federal parliament by the Covid-19 pandemic. The purpose of this blog is not to investigate the reasons behind this new development but to highlight the unintended consequences which arise when pre-existing arrangements are modified on too short notice.

Additionally, the draft Act also provided for the disappearance of the so-called “safety margin”. This is a margin which can added to the reimbursed price of “off-patent” originator medicines when these are “clustered” with their competing generic versions. Under the present rule, when the originator is confronted with the market launch of a reimbursed generic version, the so-called reimbursement basis of its product will be reduced to that of the generic version. However, the choice is left to the originator either to (i) withdraw the reimbursement of his product, (ii) accept the same reimbursement level as the generic, or (iii) apply a safety margin of 25 % with a maximum of 5 EUR. Many originator products have over the years opted for the application of such safety margin. As the safety margin is paid by the patient, its abolishment was viewed as a significant measure in favor of patients. According to the draft Act, the latter option would be abolished with effect on 1 April 2020 and there would be a “regularization” (i.e. equalization) of the price at the level of the reimbursement basis.

Impact on reference pricing in other countries

The disappearance of the safety margin in conjunction with the other price reductions imposed by the draft Act, would lead to a substantial mandatory price decrease for many branded medicines. Belgium being a reference country for several other European countries, a price decrease in our country would however necessarily lead to a domino effect on the prices applicable in those countries and thus to a potential indirect loss far more important than the direct loss resulting from the price reduction imposed at the Belgian level. A first unintended consequence would therefore be that in many instances originator companies would be forced to take the product from the Belgian market.

However, the only option left to companies to do so was to request the withdrawal of the reimbursement status, which under normal circumstances takes effect only after one year. It is possible to request such withdrawal on an urgent basis for social, economic or therapeutic reasons, but, even if accepted by the Minister of Social Affairs, such procedure still takes several months. A second unintended consequence was therefore that, with the mandatory price decrease applying in Belgium with effect on 1 April 2020, the nefarious transnational effect of this price decrease could thus not be averted.

The need for appropriate transition measures

The above situation highlights the need for adequate transition measures in draft laws such as the above. In the absence thereof, there are also legal arguments that support the possibility of immediate withdrawal. Originator firms which had initially been given the choice to withdraw the reimbursement status of their product, align their price with generic competition, or apply a safety margin, would now be deprived of this choice on very short notice and become subjected to a regime which they elected not to be subjected to.

While a public authority is obviously entitled to opt for a change of policy, a precipitous change without objective or reasonable justification for the lack of transitory measure will be questionable in view of the principles of legal security and confidence on which addressees of legal provisions should be entitled to rely. The Belgian Constitutional Court has already ruled that the prohibition of discrimination enshrined in articles 10 and 11 of the Constitution is violated “if the lack of a transitory provision leads to a difference in treatment for which there is no reasonable justification or if the principle of confidence is violated excessively” (judgment nr. 170/2014).

The absence of transitory measure or (renewed) option for the addressees of the price reductions somehow puts the latter in a less favorable position than those who effectively retain this choice because their products have not (yet) been clustered.

As the ongoing Covid-19 crisis shows, the world or at least Europe is the proverbial village, where acts have consequences, not only at home but also with one’s neighbors. The draft Act did not just force many originators to choose between withdrawing their product from reimbursement in Belgium or potentially subjecting their affiliates in other European countries to further price decreases going beyond the benefit of maintaining reimbursement in Belgium, it also left these companies stranded between both chairs. By doing so, had it not been for a postponement of the draft Act, it risked to backfire at the Belgian government.