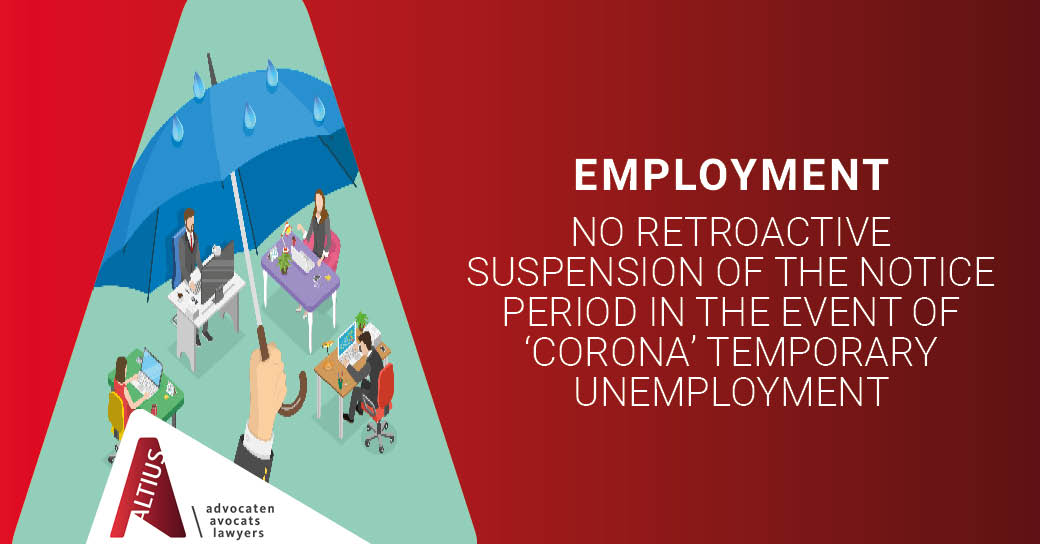 Up until now, there has been no suspension of a notice period served upon an employee who has been made temporarily unemployed under the ‘corona’ regime. Such a notice period started during the corona temporary unemployment and continued to run during this period. Given, as a consequence, employers would be able to dismiss employees ‘cheaply’, a draft bill was submitted in Parliament to have the notice period suspended in the event of corona temporary unemployment. The draft bill was criticized as it provided for a retroactive application of this new rule. After having obtained the Council of State’s opinion, which stated that the law cannot have retroactive effect, the Chamber of Representatives has now voted for the law without retroactive effect. However, the new law does apply to notice periods served after 1 March 2020 for periods of corona temporary unemployment that fall after the entry into force of the law.

However, several political parties had taken the view that by doing so companies ‘passed on’ part of their dismissal costs to the social security system. Therefore, a draft bill was submitted in Parliament that provided for a suspension of the notice period in the case of ‘corona’ temporary unemployment.

However, this bill not only provided for a suspension as from its entry into force, but also for ongoing notice periods, served since 1 March 2020 that would be effective retroactively during all periods of corona temporary unemployment as from 1 March 2020.

For many employers there was great disbelief as they would then be threatened with having to pay (or have their workers perform) the full notice period after the end of the temporary unemployment.

The legislative proposal received majority support in the Parliamentary Committee on Social Affairs but was sent to the Council of State for its advice during the plenary session in Parliament.

The Council of State issued an opinion stipulating that a retroactive application can only be justified if it is indispensable for achieving a general interest objective, which has not been the case here, and so any retroactive effect in the proposed bill would have to be abandoned.

The Chamber of Representatives, in plenary session, has now followed this opinion and has voted for the bill without the previously proposed retroactivity.

Specifically, this means the following for notice periods served by the employer:

An employer made the employment termination of one of its employees on 23 March 2020 by serving 18 weeks’ notice. The employee has been in temporary unemployment through the simplified corona procedure since the beginning of the notice period and will continue to be so for the coming weeks. If the new law is published today (15 June 2020) in the Official Gazette, then the notice period of the employee in question will have run for 12 weeks. Indeed, during these first 12 weeks the notice period will not have been suspended. 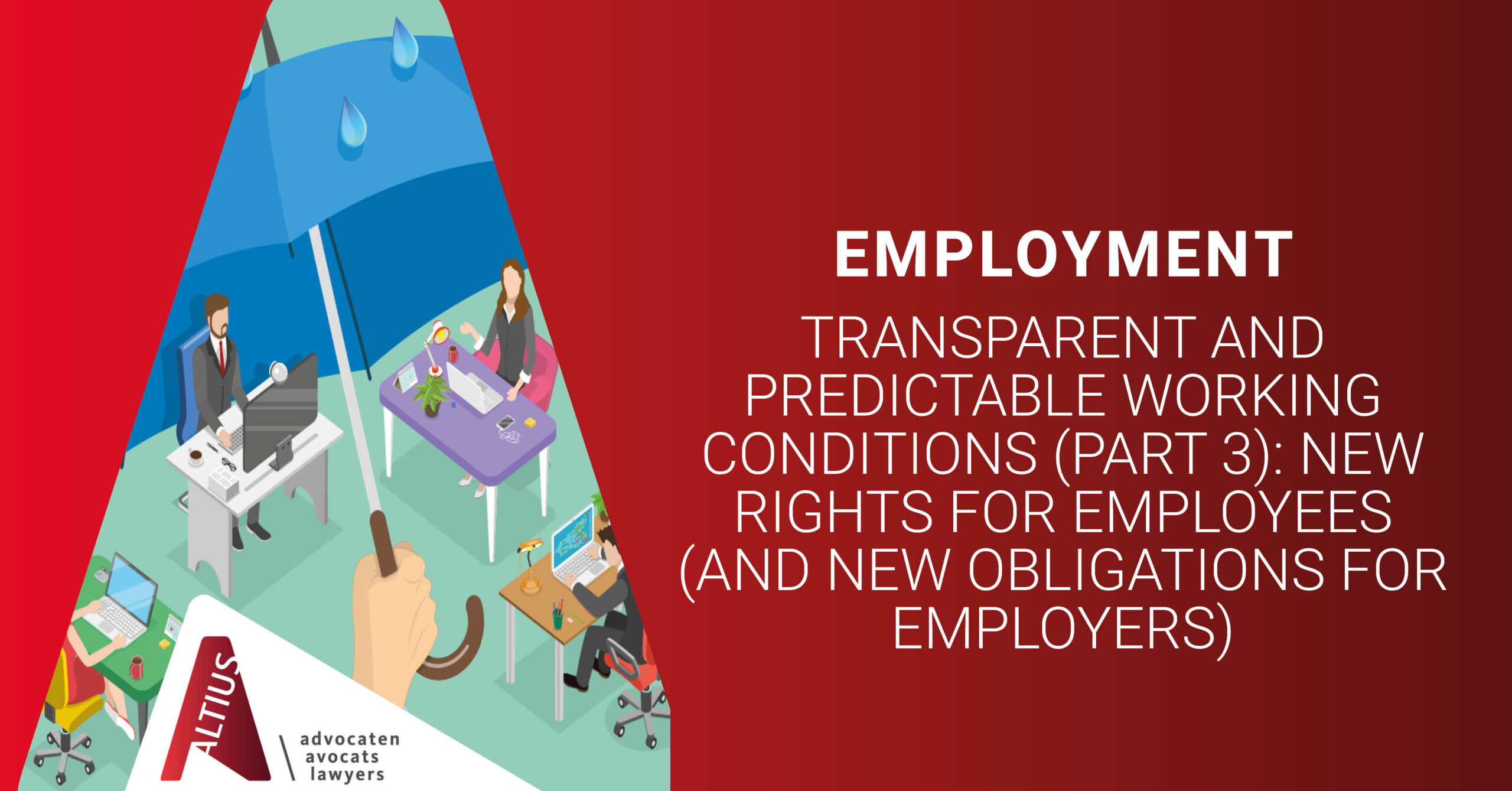