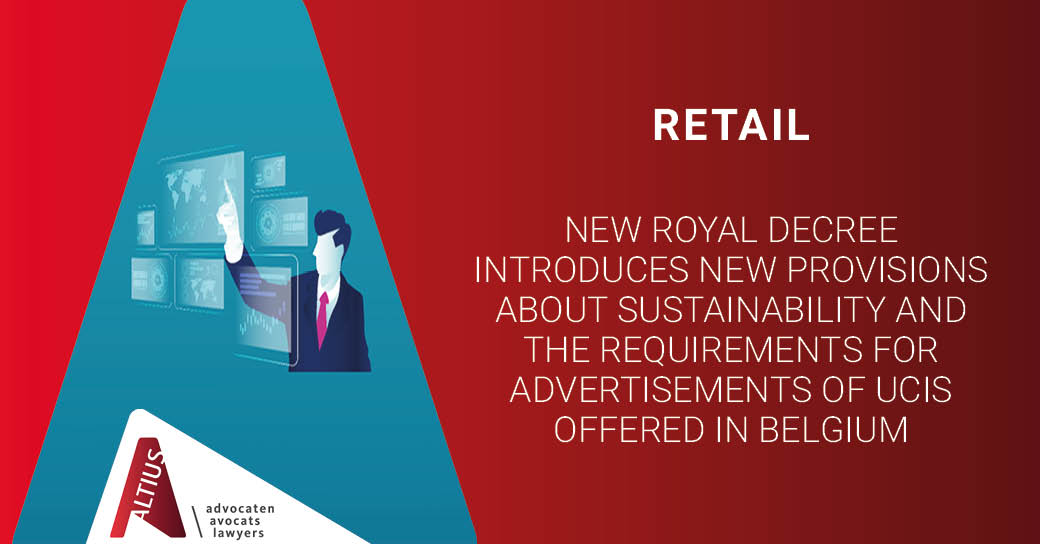 On 12 December 2022, a new Royal decree of 5 December 2022 (the “Royal Decree”) was published that introduces new rules for UCIs on two different topics: first, by implementing the European provisions on sustainability risks and sustainability factors; second, by providing a set of harmonising rules for the advertisements of UCIs offered in Belgium.

The Royal Decree implements the Commission delegated Directive 2021/1270 of 21 April 2021 [1] (the “Delegated Directive”), which imposes new obligations on UCITS management companies and self-managed UCITS to:

(i) Integrate sustainability risks in the management of UCITS;

(ii) Amend their conflicts of interest procedures to take into account conflicts that might arise as result of the integration of sustainability risks;

(iii) Take into account sustainability risks as part of the due diligence in the selection and ongoing monitoring of their investments; and

(iv) Capture the details of procedures to manage sustainability risks in their risk management policy.

2. The advertisements of UCIs offered in Belgium

Until now, the rules on the advertisements of UCIs were dispersed across contradicting legislation at the Belgian level (such as the Transversal Royal Decree), [4] and legislation and guidance at the European level, such as the CBDF Regulation. [5] The Royal Decree aims to clarify and unify these rules in a more harmonised UCI framework. Title III of the Transversal Royal Decree’s provisions on content will also no longer apply. A distinction should be made between:

(i) Advertisements that relate to a public offer of shares/units of a public (retail) UCI;

(ii) Advertisements that relate to a non-public offer of units/shares of a UCI that are distributed to non-professional investors;

(iii) Other types of advertisements that relate to shares/units of a UCI.

For the first and most important category (units or shares of retail UCIs that are publicly offered), the framework on advertisements is now included in the UCITS Law [6] and UCITS Royal Decree for UCITS, and in the AIF Law [7] and AIF Royal Decree [8] for AIFs. In addition, these provisions are complemented by and should still be read together with Article 4 of the CBDF Regulation. [9] Article 4 contains the minimum requirements for marketing communications on European level. This type of advertisement is subject to a priori supervision by the FSMA.

Advertisements that fall within the second category are only subject to the provision of Article 4 of the CBDF Regulation. [10] The FSMA will only perform a posteriori supervision.

The Royal Decree does not provide for a specific framework for the third category. However, this type of advertisement will also be subject to Article 4 of the CBDF Regulation, as these provisions are directly applicable to UCITS management companies ( including any UCITS that has not designated a UCITS management company), Alternative Investment Fund Managers, EuVECA managers and EuSEF managers. To the extent that these entities are established in Belgium, the FSMA will perform a posteriori supervision.

[1] Commission delegated Directive 2021/1270 of 21 April 2021 amending Directive 2010/43/EU as regards the sustainability risks and sustainability factors to be taken into account for Undertakings for Collective Investment in Transferable Securities (UCITS).

[7] Law of 19 April 2014 on alternative investment funds and their managers.

[9] Article 19 of the Royal Decree and 9, §1/1 of the Transversal Royal Decree; the provisions of Article 4 of the CBDF Regulation are specified in the ESMA Guidelines on marketing communications under the Regulation on cross-border distribution of funds. 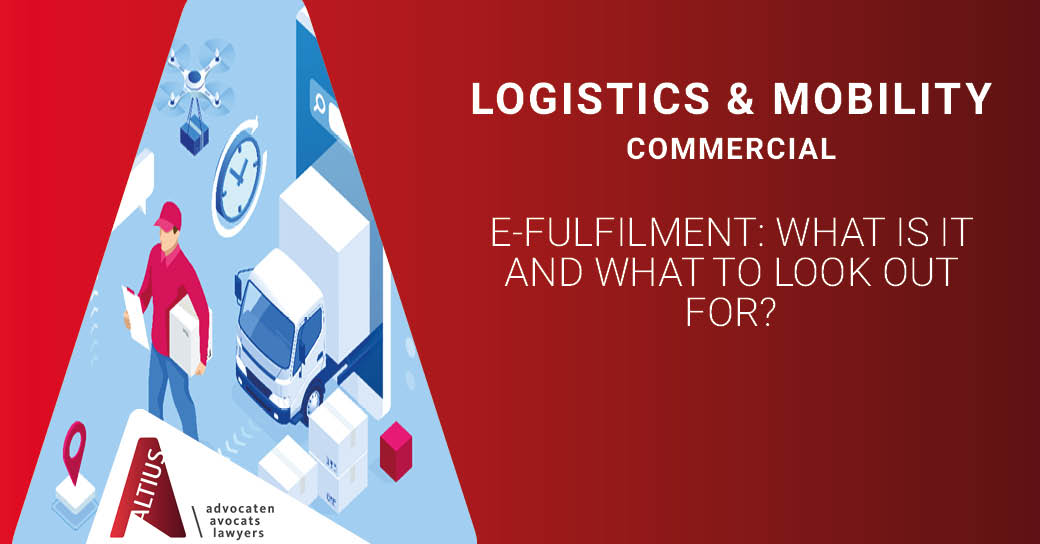 E-fulfilment: what is it and what to look out for?

Everyone knows what e-commerce is by now, but what about e-fulfilment? We explain below what this term means and what the points of interest are.