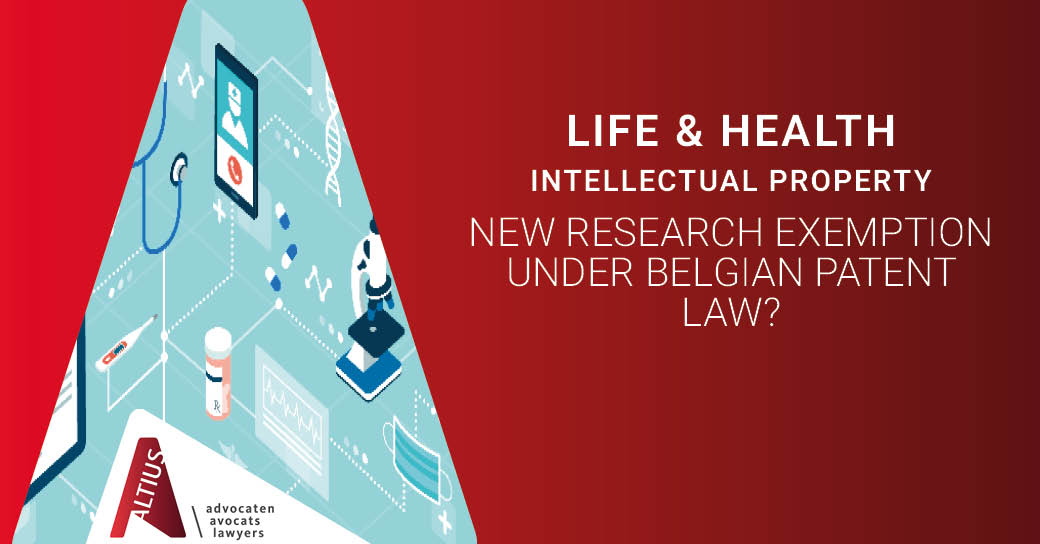 On 19 December 2017, the legislative package on the implementation of the UPC was approved by Belgian Parliament. While the entry into force of this new legislation has been delayed for obvious reasons, one would forget that this new law also purports to recast the provisions of Belgian patent law on infringement. In this regard, the most striking modification relates to the scope of the research exemption under Belgian law.

Belgium’s national patent legislation defines research exemptions that allow sufficient room for research activities exempted from patent infringement that are vital for promoting innovation. Currently, Belgium has one of the broadest research exemptions in Europe. Article XI.34 (1) (b) of the Code of Economic Law provides that “the rights conferred by a patent do not extend to acts that are performed on and/or with subject matter of the patented invention for scientific purposes.”

Consequently, more legal certainty will be achieved regarding the scope of protection conferred by research exemptions in the different EU member states. This is highly-significant for safeguarding the activities of research organisations and also research-intensive companies. The harmonisation process across Europe should thus be welcomed.

Under the current law, “For scientific purposes” is interpreted broadly, and includes not only acts having a purely scientific character, but also acts having a mixed (scientific and commercial) purpose. Some examples of exempted activities include: the development of new applications, a better therapeutic effect, a more efficient manufacturing method, a new administration form, and a new indication. This broad interpretation was explicitly confirmed during parliamentary discussions, has been upheld by the courts and confirmed by most legal scholars.

“Performed on and/or with” seems to indicate covering (i) infringing acts that are part of experiments for establishing or examining the activity, function, utility and improvement of the patented invention (“on”) and (ii) using the invention in other experiments so as to investigate something not necessarily related to it (e.g. the use of a patented research tool if used for scientific purposes) (“with”). This last aspect is debated in legal doctrine.

Under the new law, the research exemption will encompass all “acts for experimental purposes that relate to the subject matter of the patented invention”. Consequently, all acts performed with the patented invention will most likely not fall within the scope of the new research exemption. However, according to the new law, an act for experimental purposes will also include all acts “carried out for the evaluation of medicinal products”. Therefore, the research exemption also encompasses acts having the purpose of obtaining a marketing authorisation for an innovative medicinal product. Currently such acts are not necessarily exempted as they could possibly be acts with a predominant commercial purpose and are not exempted through the so-called ‘Bolar exemption’ that only covers generic or biosimilar medicinal products.

How to apply a research exemption in research collaborations