CJEU sheds light on the “Country of Origin” concept 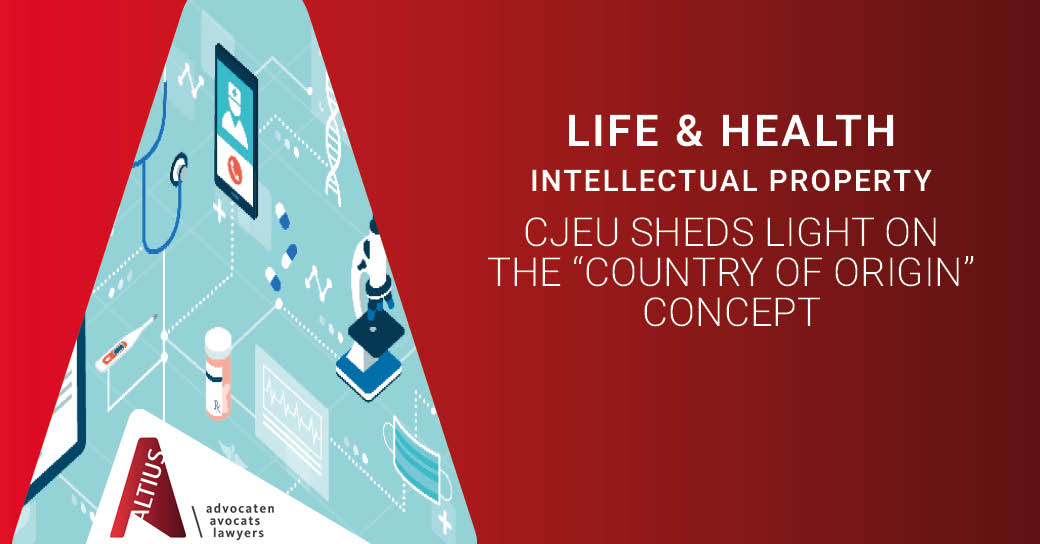 Update: on October 1st 2020, a new decision on the concept of « country of origin » has been taken by the CJEU, see here for more information.

In the run-up to the entry into force of specific rules on country of origin labelling (“COOL”) for primary ingredients, the CJEU has recently clarified both the concept of the “country of origin” under the FIC Regulation and its interplay with other regulations such as the Regulation on the common organisation of the agricultural products markets and the Union Customs Code.

Regulation (EU) No 1169/2011 on the provision of food information to consumers (the “FIC Regulation”), which has been in force since December 2014, has updated and harmonised food-labelling requirements in Member States.

Furthermore, according to its paragraph 3, where the country of origin or the place of provenance of a food is stated, and where it is not the same as that of its primary ingredient, the origin of the primary ingredient must be given or indicated as being different to that of the food. The means for the application of Article 26(3) of the FIC Regulation are set out in Commission Implementing Regulation 2018/775 on the provision of food information to consumers (the “Primary Ingredients Regulation”), which will apply from 1 April 2020.

In two recent cases, the Court of Justice of the EU (“CJEU”) has shed further light on the alleged misleading nature of certain “country of origin” references. Whereas the first case deals with the notion of “origin” in a situation where different processing steps take place in different countries, the second case focuses more on the notion of “country”.

Case C-686/17: the CJEU clarifies the “country of origin” of fresh fruit and vegetables

In this first case, a German company that produces and markets mushrooms offered its mushrooms for sale under the label “Origin: Germany”. The reference to Germany as the country of origin was disputed, as the cultivation of the mushrooms took place in several countries. In fact, only the last phase of the mushroom cultivation (the harvest) took place in Germany. All preceding steps (i.e. the mixing of the basic ingredients for the compost, the pasteurization of the compost, the injection into the compost of mycelium, the production of mushroom spawn in growing houses, and the transportation of the growing houses to Germany) took place in or from Belgium and The Netherlands.

According to Regulation 1308/2013 establishing a common organisation of the markets in agricultural products (“the CMO Regulation”) fruit and vegetables which are intended to be sold fresh to the consumer may only be marketed if, among other things, their country of origin is indicated. Since the CMO Regulation itself does not define “country of origin”, the question arose whether the meaning given to that term under the so-called Union Customs Code could be used and, if so, whether the FIC Regulation exerted any limiting effect on that interpretation.

In its judgment delivered on 4 September 2019, the CJEU ruled that the country of origin of the cultivated mushrooms was the country where the mushrooms were harvested (in this case, Germany), despite the fact that a substantial part of the production occurred elsewhere, with the actual harvesting even taking place only three days after the transportation of the growing houses to Germany.

Case C-363/18: the prohibition on misleading food information may require the use of disclaimers

This case dealt with a very specific situation about the legality of a French law which, inspired by a 2015 European Commission Notice, required the information on food products originating from settlements in Israeli occupied territory (i.e. the Gaza Strip, the West Bank, including East Jerusalem, and the Golan Heights), to not only contain a positive statement that it involved e.g. a “product originating in the Golan Heights”, but to also include a negative disclaimer that the product originates from Israeli settlements (e.g. “product originating in the Golan Heights (Israeli settlement)”). In adjudicating an annulment action against this law, the highest French administrative court (Conseil d’Etat) decided to ask the CJEU whether such statements are required under the FIC Regulation. According to the CJEU, they are.

By reference to the abovementioned Union Customs Code (Article 60, which refers to “country or territory”), the CJEU first clarified that the obligation under the FIC Regulation to indicate the country of origin of a foodstuff, not only applies to foodstuffs originating in countries, but also to those originating in territories. On that basis, the CJEU concluded that it would be insufficient under the FIC Regulation for foodstuffs originating from Israeli settlements to have Israel labelled as their country of origin, because under international law Israel is not a sovereign entity in the territories concerned, but merely an occupying power. Hence, the label requires a positive statement that the food comes from the Gaza Strip, the West Bank or the Golan Heights.

The CJEU then went on to consider the second part of the question (i.e. whether there was any requirement for the label to include the settlement disclaimer) and it decided to so in reference to the notion “place of provenance” in Article 26, which, according to the CJEU, is a specific geographical area within the country or territory of origin and can therefore not coincide with it. On that basis, the CJEU held that the indication that a foodstuff comes from an “Israeli settlement” located in one of the occupied territories may be regarded as an indication of the place of provenance. The French law was thus found to be in line with the FIC Regulation. The underlying reasoning of the court was that if a foodstuff from an Israeli settlement merely bore the indication of one of the occupied territories, without mentioning the place of provenance (i.e. that it comes from a settlement), EU consumers could be led to believe that it comes, in the case of the West Bank, from a Palestinian producer or, in the case of the Golan Heights, from a Syrian producer. Since consumers’ purchasing decisions may be influenced by whether or not food comes from settlements established in breach of international humanitarian law, the CJEU held that it constituted mandatory information which should feature on the foodstuff’s label.

Following these two decisions, it is clear that the notion of “country of origin” should be interpreted by reference to the Union Customs Code (and its implementing/delegated rules).

Where, on the basis of that interpretation, fresh vegetables or fruit are placed on the market as originating from the country where they were harvested (even if a substantial part of the production process took place elsewhere) and no other specific rules are in place, no additional COOL requirements can be imposed under the FIC Regulation on account of the allegedly misleading nature of the labelling. References on fresh vegetables and fruit to their country of harvest will not amount to misleading advertising.

In relation to food (also other than fresh vegetables or fruit) originating from territories that are considered occupied under international law, it is, however, misleading to suggest that the food was in some way produced by the occupying power. In terms of food coming from Israeli settlements on the West Bank, the Gaza Strip or the Golan Heights, this means not only that the COOL should include “positive” information that the food originates from such territory, but that also a “negative” statement or disclaimer is required that, as regards the place of provenance, the food was manufactured by Israeli settlers.

Although the facts of the latter case were very specific, the two CJEU decisions offer helpful guidance in the assessment of whether COOL is misleading or not, particularly also in the run-up to the entry into force of the Primary Ingredients Regulation on 1 April 2020.