Off-label use of medicines and competition law

Home » News » Off-label use of medicines and competition law 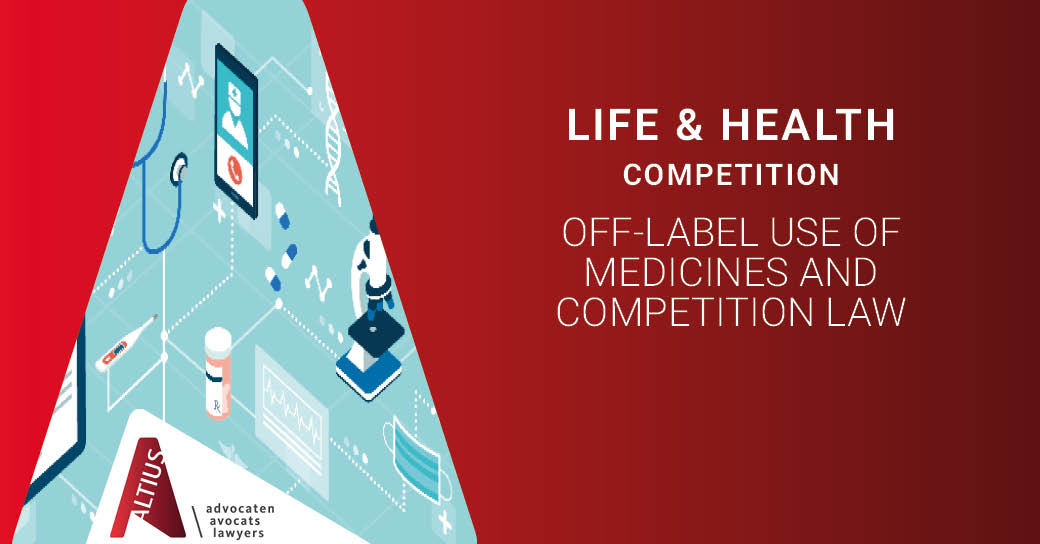 The Court of Justice of the European Union (“CJEU”) issued a judgment on the interplay between medicines’ off-label use and competition law (Judgment of the Court of Justice of 23 January 2018, Case C-179/16, Hoffmann-La Roche and Novartis). Pharmaceutical companies should be aware that the off-label use of medicines can also be taken into account when determining the relevant market. This is not only relevant in a case regarding restrictive agreements, but equally in abuse of dominance cases. Furthermore, an agreement aimed at disseminating misleading claims concerning a medicine’s risk profile, is not “ancillary” to a licensing agreement but can be considered as a restriction of competition by object that is unlikely to qualify for an individual exemption because it cannot be considered as indispensable for obtaining pro-competitive purposes.

Background to the case and reference for preliminary ruling

The pharmaceutical company Genentech had developed two medicines, Avastin and Lucentis. Genentech entrusted Avastin’s commercial exploitation to its parent company, Roche, while in 2003 the Novartis group obtained a licensing agreement for Lucentis’ commercial exploitation. A marketing authorisation (“MA”) was granted to Avastin for the treatment of certain tumorous diseases in 2005, and to Lucentis for the treatment of eye diseases in 2007. Prior to Lucentis being placed on the market, some doctors had however started prescribing Avastin to their patients with eye diseases. This off-label use of Avastin spread worldwide, and continued after Lucentis was placed on the market, given Avastin’s lower unit price.

The Italian competition authority imposed fines on the Roche group and the Novartis group for having entered into a market-sharing agreement to produce and disseminate opinions that could give rise to public concern regarding Avastin’s safety when used in ophthalmology and to down play the value of contrary scientific opinions, while Avastin and Lucentis are equivalent in all respects for the treatment of eye diseases. According to the Italian competition authority’s decision, this constituted a restriction of competition by object. When ultimately the Italian Council of State had to rule on the case, it referred several questions for a preliminary ruling request to the CJEU.

The relevant market and off-label use

To determine whether an agreement can restrict competition on the market, the relevant market for competition law purposes must be determined. The CJEU therefore first focused on the interplay between MAs, off-label use of medicines and the determination of the relevant market. The relevant market contains all the products that are considered substitutes from a product and geographic point of view. The CJEU held that a medicine that is used off-label for certain therapeutic indications, can be a substitute of, and thus belong to the same market as, another medicine whose MA covers specifically those therapeutic indications.

The Court noted that pharmaceutical products that are manufactured or sold illegally are prevented in principle from being regarded as substitutable or interchangeable products. However, EU rules on pharmaceutical products prohibit neither the off-label prescription of a medicinal product nor its repackaging for such use, as long as they comply with the conditions laid down in those rules. If the competent authorities or courts have examined the conformity of the product at issue with the applicable provisions governing the manufacture or the marketing of that product, then the competition authority must, when determining the substitutability, take account of the outcome of that examination. In the absence of such examination by the competent authority on the legality of the manufacturing and sale of a product that is used off-label for certain therapeutic indications, a competition authority is not precluded from finding that that product belongs to the same market as another medicinal product whose MA covers specifically those therapeutic indications.

Next, the Court had to consider whether the arrangement, which was intended to produce and disseminate opinions that could give rise to public concern regarding Avastin’s safety when used in ophthalmology and to downplay the value of contrary scientific opinions, could be considered as ancillary to the (lawful) licensing agreement and therefore also had to be considered as lawful. The Court judged that an arrangement put in place between the parties to a licensing agreement regarding the exploitation of a medicinal product that, in order to reduce competitive pressure on the use of that product for the treatment of given diseases, is designed to restrict the conduct of third parties promoting the use of another medicinal product for the treatment of those diseases, is not ancillary to that licensing agreement.

Misleading claims as a restriction of competition by object

Moreover, the Court found that such an arrangement between two competing undertakings concerning the dissemination of misleading information to the European Medicines Agency, healthcare professionals and the general public regarding adverse reactions resulting from the off-label use of one of their medicinal products in a context of scientific uncertainty, with a view to reducing the competitive pressure resulting from such off-label use on the use of the other product, constitutes a restriction of competition ‘by object’. The Court noted in this regard that the fact that two competing pharmaceutical undertakings collude with each other to disseminate information specifically relating to the product marketed by only one of them might constitute evidence that the dissemination of information pursues objectives unrelated to pharmacovigilance.

Finally, the Court found that this infringement of competition ‘by object’ does not satisfy the conditions to enjoy an individual exemption from the cartel prohibition. According to one of these conditions, an agreement can be exempted from the cartel prohibition only if the restriction is indispensable to attaining certain pro-competitive objectives. However, the Court found that the dissemination of misleading information for a medicinal product cannot be regarded as ‘indispensable’.